Mixon infamy could be fame 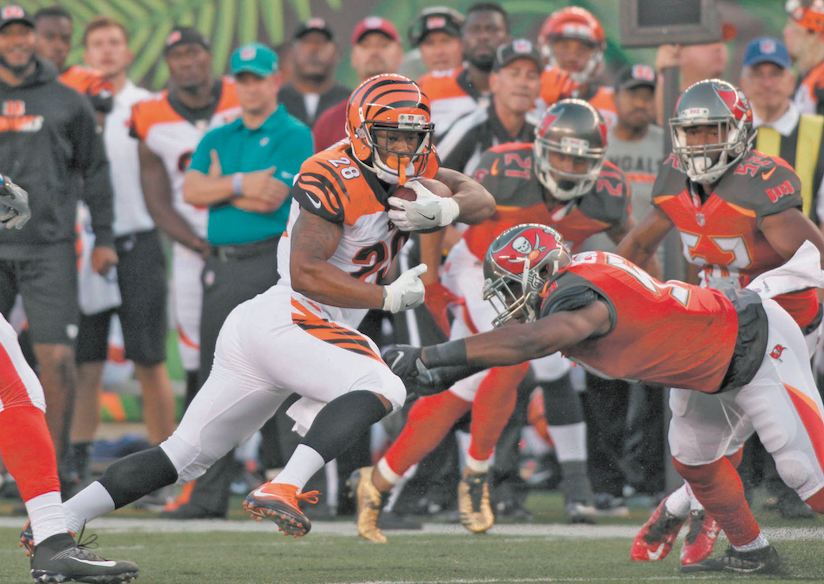 Many feel the Bengals’ new running back Joe Mixon will be a certified star. Photo by Michael Mitchell

In the 40’s, 50’s, and 60’s the bad guys got away with nearly everything. All that has come to a halt with modern day technology. Because of video and DNA evidence getting away with a crime is nearly impossible. Ask Joe Mixon. In July of 2014, Mixon was seen on camera punching a woman in the face. When the video hit the public in 2016, the Bengals new star back became public enemy #1.

What a difference 3 years makes. Fast forward to 2017. Mixon went on the make the most of his Oklahoma career. After being the talk of the 2017 draft and which team would take the controversial player, the Bengals put the country’s mind to rest by selecting Mixon as their 2nd round pick. If playing pro ball is like a casino slot machine, Mixon continues to get in the bonus. Many feel as if the Bengals’ new running back will be a certified star and take the NFL by storm much the way the Dallas Cowboys Eziekiel Elliot did in his rookie year of 2016. The Oklahoma rookie has clearly looked better than any back in the Bengal backfield this season. Gio Bernard is coming off a serious knee injury while Jeremy Hills production (or lack of it) over the past two seasons is what led the Bengals to look for a running back in the draft.

Mixon has become a fan favorite in training camp breaking off long runs punctuated with high fives to the fans. While the rookie’s popularity has grown, he has heard no boos when he either gets a run or catches a pass in preseason games. The longer the runs, the louder the ovations have been for the former Sooner.

Domestic violence has taken center stage in sports. In the NFL, Commissioner Roger Godell has given out long suspensions over players the NFL feels has violated the policy. In a conservative city such as Cincinnati, the mere fact a woman’s group has not been seen protesting the signing and/or playing of Mixon is miraculous. For all intents and purposes, it looks as if Mixon is making the most of his second chance.

The potential impact the rookie could have is endless. For now, the Bengals have a player that could help them on the field. Whether Mixon can outrun his past remains to be seen.