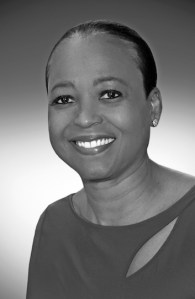 By The Honorable Barbara Sykes

With just a few months left in the year, Congress has a real opportunity to protect critical tax relief that helps millions of older Americans afford the health care they need.  Fortunately, our two Ohio Senators are leading the bipartisan effort to protect seniors in our state and across the country.

Senators Rob Portman and Sherrod Brown have introduced the “Seniors Tax Hike Prevention Act of 2017” to protect taxpayers with high health care expenses, the vast majority of whom are 65 or older. The bill would retroactively delay for two years a tax increase – from 7.5 percent to 10 percent of the income threshold after which medical expenses can be deducted- that went into effect on January 1, 2017.  If you have hefty out-of-pocket health care costs, this bill could shield you from a tax increase as soon as you file your taxes next year.

For more than 75 years, the medical expense deduction has provided financial stability and peace of mind to millions of Americans who have high health care costs, nearly 60% of whom are 65 or older, many with chronic conditions or in need of long term care.  This is more important than ever given the growing number of people who are 65 and older, not only in Ohio but the nation.

Many everyday medical expenses can be deducted from your federal taxes, including payments for prescription drugs and insulin, reading or prescription glasses, contact lenses, hearing aids, payments to doctors, dentists and surgeons, and some long term care insurance premiums.  The deduction can be especially valuable to someone who suddenly faces unforeseen and unaffordable health expenses. Until this year, qualifying medical expenses were deductible if they exceeded 7.5 percent of your income.  To claim the deduction in 2018, however, your expenses would need to be more than 10 percent of your income, and that means some households will no longer be able to claim medical expenses as a tax deduction.  As a result, your federal taxes could go up when you file your return next year.

The deduction helps middle-income earners. Based on the most recently available IRS information, 55 percent of Ohioans claiming the deduction reported less than $50,000 in annual income, and 76 percent made $75,000 or less a year.

We applaud Senators Portman and Brown for their leadership and ability to work across the aisle on this important issue.  The medical expense deduction is truly middle class relief.  On behalf of our nearly 1.5 million Ohioan members and 38 million members nationwide, we urge Congress to act now to keep the income threshold for the medical expense deduction as low as possible to help protect people with high health care costs.

Barbara Sykes joined AARP Ohio in August 2016 as the State Director. A former three-term State Representative of Akron, Ohio, Sykes has also been Deputy Auditor in Summit County, Past President of the Ohio Legislative Black Caucus, and she is the first African American woman to ever have served on the Akron City Council. She spent more than a decade as the President and CEO of the Ohio United Way.