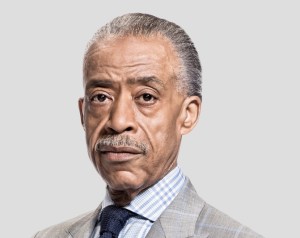 “The divided state of our society and related events that have happened within our local communities and across the country are a cause for great concern; acts of racism appear to be on the rise,’’ said Bishop Bobby Hilton, president of the Greater Cincinnati NAN Chapter. “GCCNAN is using its annual event as a platform to bring our community’s biggest issues to the forefront, with an individual that provides a voice for the voiceless.’’

The National Action Network is a not-for-profit Civil Rights organization based in Harlem, New York, with 47 chapters nationwide.

Sharpton is no stranger to Cincinnati. The Greater Cincinnati Chapter of NAN has received recognition as Chapter of the Year several years ago, and Sharpton has previously served as keynote at its inaugural annual event.

He has also delivered powerful messages to the other local organizations such as the Greater Cincinnati & Northern Kentucky African American Chamber.

“Our current times require a strong voice,” Hilton said. “African Americans experience the largest disparities in health, education, and economics. Social justice is the pathway to equity; however, racism creates a roadblock.”

Hilton said The Greater Cincinnati Chapter National Action Network believes the majority of society wants to move beyond racism. Thus, the organization will recognize several individuals that have made significant contributions to racial justice and equity. This year’s Legacy Award is bestowed to Staff Sergeant Leslie Edwards, 93, of the prestigious Tuskegee Airmen. Edwards served during World War II.

“As one of our most revered community elders, through educating our community through school programs, parent organizations, and community events, Staff Sergent Edwards is a wonderful representation of our rich history and a bridge to our bright future as he educates our community on how far we’ve come,’’ Hilton said.

Accomplished author John W. Harshaw Sr. is the recipient of this year’s Advocacy Award for his works on the Black experience in America. His most notable piece is focused on Cincinnati’s West End and highlights a thriving Black neighborhood that was torn apart by the construction of Interstate 75.