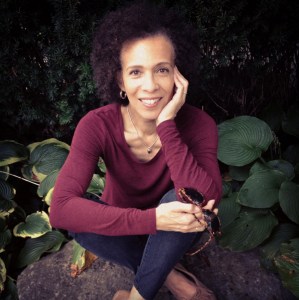 Northern Kentucky author Shelia Williams says she is humbled that what she writes could be an inspiration to somebody else, but somebody else turned out to be award-winning actress Alfre Woodard, who took an option on Williams’ book, titled “Dancing on the Edge of the Roof,” paired up with actor Blair Underwood, and turned it into a Netflix film titled “Juanita’’ that became available to stream on March 8. 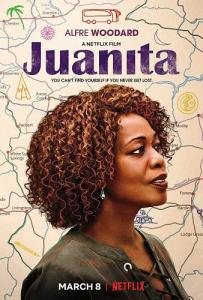 A promotional piece for the film “Juanita, starring Alfre Woodard and based on Sheila’ Williams’ book. Photo provided

According to a review of the film, Woodard plays a hard-working nursemaid, living in Columbus, Ohio, whose grown kids still depend on her for everything…and she’s fed up. Underwood appears as himself as a fantasy in her dreams — and when he asks for a loan, she hops on a Greyhound bus with a one-way ticket and heads into the mountains around the dusty little town of Paper Moon, Montana, where she reinvents herself with a new job, a new circle of friends, an unexpected new love and gets her grove back.

Williams, who wrote the book in 2002, said, “This is a story about a woman who is fed up with what is going on in her life and decided to blaze a new trail. Juanita is an ordinary women, who, like all of us, has one of those days they want to get ready and leave when things become too much to handle. I have those days, too, but I stayed home and sent Juanita on that journey.’’ 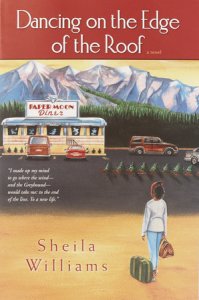 The cover of Shelia Williams’ book “Dancing on the Edge of the Roof” on which the film “Juanita’’ is based. Photo provided

Williams is a Columbus, Ohio, native, who worked as a paralegal at various law firms and banks before taking a job in Cincinnati in 2000. She now lives in northern Kentucky with her husband, and they have two grown children.

The first draft of the book was written in nine months, but the process to fine tune the book for publication required several years, she said.

“I find the book delightful, and I had a great time with it,’’ she said.

Williams visited the set of “Juanita’’ when it was in production in Virginia as an observer and was able to watch the logistics involved in producing the film. 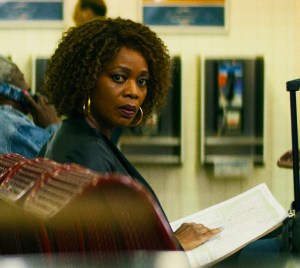 Actress Alfre Woodard prepares for a scene in the film “Juanita.’’ Photo provided

“The film producers were so generous and gracious. It was a lot of fun,’’ she said.

“There are a lot of people involved in the production crew, and it’s an amazing process to watch. It was also interesting and illuminating to talk to Alfre and the other actors about how they imagined the characters,’’ she said.

“Juanita” premiered at the Metrograph cinema in New York last week, and Williams was in attendance.

Another of her books, titled “Secret Women,’ is being published by Harper Collins with a release date in 2020. The story is about mothers and daughters and what the daughters go through when a parent passes and they have to go through their personal items and find things they did not know about them, she said.