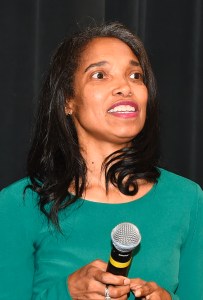 On Thursday, the jail website listed Judge Tracie Hunter’s early release date as October 5. She has been serving a 6-month sentence since July 22. Hunter maintains her innocence. Supporters continue their protest and say they will put economic pressure on several businesses and individuals as long as Hunter remains in jail.

“They are trying to make an example of her,’’ said Sen. Cecil Thomas.“They offered her a plea of a lesser charge if she agreed to step down as a judge.

She said ‘absolutely not.’”