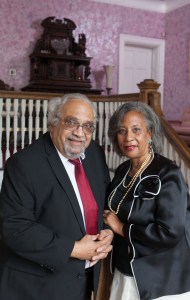 Julian H. Renfro, who was a beloved, prominent Cincinnati funeral director for many years, died Oct. 31, 2019, at home. He was 74.

Mr. Renfro was born on June 18, 1945, bringing a lifetime of joy, love and pride to his parents, Allene Hinson and Jenifer W. Renfro.

Mr. Renfro spent his early youth in Cincinnati’s West End community, where his family operated Renfro Funeral Services on West Ninth Street.  He attended Stowe School and Douglas Elementary, where his mother, Allene, taught school.  His athletic gifts emerged at Walnut Hills High School, where he became legendary in football, track and on the basketball court.  Julian continued his education at Ohio University and Xavier University, where he graduated with degrees in business.

He started working at Renfro Funeral Service as a teenager, washing cars, taking out trash and cutting grass with John James, the silent backbone of the business until his passing. When Julian obtained his driver’s license, he became a driver for the Renfro’s ambulance service.  He continued working at the funeral home while attending class at the Cincinnati College of Mortuary Science.  He became an embalmer in 1970 and a licensed funeral director in 1971.  From that day forward, he was the embalmer, answering service and removal service for his family business.

Regardless of the time of day or weather conditions, Mr. Renfro put on his suit and answered the call, upholding the family belief that if one calls Renfro…they deserve to see a      Renfro coming through the door.  He honored that tradition well into his 40s, at which time he started to use other removal services.

The couple met at a Christmas holiday party in 1978.  Their introduction triggered a magical romance that resulted in marriage on June 7, 1980.  Their union was built on mutual respect, love, companionship, loyalty, laughter and the ability to allow each other their individuality.  They were each other’s best friends and enjoyed working together, entertaining, traveling the country in the “blue goose” motorhome and relaxing together at home.

Behind his life as a funeral director, he was also an accomplished artist and avid collector. Throughout his life, he collected classic American Flyer trains. His artistic skills allowed him to build a train table that was not just a figure eight of tracks, but a countryside of quaint houses, lakes, bridges, trees and twinkling gas lights.  He never quite finished; the trains never ran on time. “I just like working on it,” he shrugged when prodded by Gayle to, “finish this table!”  Julian Renfro still treasured the same train his father gave him when he was 5 years old.

Julian was Gayle’s mentor into the art world.  He taught her craft techniques he learned in art class and working on his train table.  He also taught Gayle how to use his tools to help her with her crafts. The only time he fussed was when she didn’t put his drill bits back in the right place.  He constantly encouraged her to use her art to please herself first and others last.  Their children can attest that their love was a fine example of a good, loving marriage.

Julian Renfro was not all work and no play.  When he was not working, he was an active participant in the lives of his children: Julian Jr., Barry and Jenifer Renfro.  He was a no-nonsense father who established a pathway to success for his children…integrity, education and fun. They said it was important to him that they travel to experience other cultures; find ways to explore their own gifts and to live happy, well-balanced lives.

Julian Jr. and Barry learned how to play basketball with their father on Saturdays, whenever he didn’t have a service.  The exposure developed both of his sons into fine athletes.  When video cameras became available, he purchased the best equipment to tape nearly all of his sons’ games, capturing them on the basketball court, football field and pool. Then came a bouncing, sweet bundle of love…his daughter, Jenifer Allene Renfro.  He found a softer touch, learned how to parent with a gentler hand and filled her world with wonder, electronics, travel and fun.  He was more than pleased with how all of his children grew to become outstanding adults and parents.

He loved music and invested his dollars in a McIntosh Stereo system more than 50 years ago.  He explained that McIntosh offered the kind of quality that would last forever.  Although the “Mac” needs a little servicing, it continues to fill the living room of the Renfro home with music.  He was a dog lover who had an uncanny, gentle way of living with his treasured pets: Poochie, Did-he-bite, Pepper, Jacko, Andrew, Snicky, Spunky BC, Jose and Zoe. 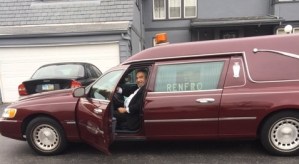 He considered his Renfro staff as part of his family, setting high expectations for service and rewarding them with respect, affection and love.  In turn, they delivered on his demand that they serve families to the best of their duties. He was proud and grateful to God for Renfro Funeral Service’s 98-year legacy in the Cincinnati community and its stature as the one of the oldest, Black, family-owned funeral homes in the nation.

His energy, wicked sense of humor and love of life will forever remain in the heart of his wife, Gayle; his children, Julian (Sameena) Renfro Jr., Barry (Lannice) Renfro, both of Los Angeles, California, and Jenifer (Mark) Teasley of Cincinnati; his grandchildren, Abigail, Isaiah, Julian Christian and Baylee Renfro.  He also leaves behind a community of friends and countless families he served throughout his career, bringing a touch of light to them in their darkest hour.