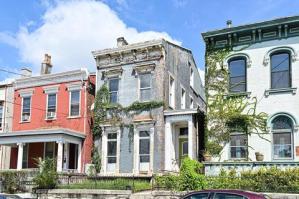 The West End Housing Study, led by The Port of Greater Cincinnati Development Authority (The Port) and Seven Hills Neighborhood Houses (SHNH) has been released, and the study finds there is a gap in housing stock for people who fall within both ends of the income spectrum, a need for affordable housing and market rate. The study also identifies four catalytic areas of opportunity for future development.

According to Laura Brunner, The Port president and CEO,“The West End Housing Study findings underscore the concerns in the West End, which include an urgency to protect low- and moderate-income residents from displacement; stabilize existing housing; proactively create opportunity for economic mobility; and attract new capital investment and financing sources into the neighborhood from mission-aligned community finance institutions and developers. At The Port, we’ve been putting these principles to work in neighborhoods like Evanston and Bond Hill and have already initiated similar efforts to address these concerns in the West End.”

Alexis Kidd-Zaffer, executive director of SHNH, said, “Overall, this new study shows that, if the West End is going to retain its cultural legacy as a thriving center of economic and ethnic diversity, there is clear need to keep people involved and continued community engagement, and that requires all stake- holders at the table. That intentional outreach to residents will go a long way in making sure all are engaged in the work ahead.”

The need for a housing study was established under the Community Benefits Agreement that includes MLS soccer franchise FC Cincinnati, The Port and West End Community Council for neighborhood housing.

“This study highlights what we have believed: that the West End has experienced disinvestment for decades. FCC is proud to invest more than $250 million in private money in the neighborhood. The West End stadium will bring much-needed redevelopment and jobs,” said Jeff Berding, FC Cincinnati president and general manager. “We recognized that housing was an issue in the neighborhood before we began our project, which is why we contributed $150,000 for this study to guide future redevelopment in an equitable way. We look forward to announcing soon another step in our ongoing relationship with The Port to invest in the West End.”

The Port both initiates local redevelopment and manages projects on behalf of local governments and private institutions to improve property value and promote job creation.

Through the community engagement events, residents shared their concerns about the stadium and started to create a collaborative vision for the neighborhood. More than 80 people were interviewed, and the community created over a dozen project or policy ideas that have informed the housing study’s equitable development strategies.

In Spring 2019, the initial study of existing conditions showed that 37% of households are either extremely threatened or threatened with displacement, absent any implementation of equitable housing strategies. These households generally comprise renters with incomes less than $31,350 per year, living in unsubsidized housing and homeowners living on fixed incomes or incomes less than $18,000 per year. The causes for this vary, but range from: renter households, where any change in market condition could cause them to not be able to afford rent, to households that could feel the impact of needing to make minor repairs on their homes; to unexpected increases in property tax.