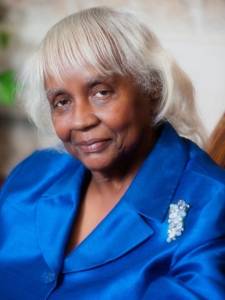 The breakfast is NURFC’s annual celebration of Dr. Martin Luther King Jr. and those carrying on his legacy of inclusive freedom through the King Legacy Youth Leadership Program. The 2020 King Legacy Awards breakfast is supported by Presenting Freedom sponsor Kroger and Dream sponsor Path Forward. Tickets for the breakfast are on sale now.

The breakfast recognizes participants of the Youth Leadership Program and will award three students for their work. The students will have opportunity during the program to take the stage and share their presentations on Dr. King’s legacy today.

Keynoter Rosemond will also share her experiences with the audience. She grew up in New Orleans and, once she came of age, joined CORE – the Congress of Racial Equality, one of the leading Civil Rights activist organizations. She was a freedom rider in the 1960s and risked her life advocating and agitating for racial equality in the segregated South.

“Rosemond’s life is one of courage, clarity and action,” said Woody Keown Jr., president of the National Underground Railroad Freedom Center. “We are honored to hear and share her story with this current generation of social activists, as we hope to act with the same grace and conviction she has demonstrated in the fight for inclusive freedom here and around the globe.”

The Freedom Center will celebrate Dr. King’s legacy with a full day of programming and free admission from noon to 5 p.m. Additionally, guests are invited to join in the 45th annual MLK Coalition March that will begin outside the center at 10:30 a.m. and proceed to Fountain Square for an interfaith prayer service.

From Fountain Square, the march will continue to Music Hall. Prior to the march, from 9:30 to 10:30 a.m., Kroger will offer a free warming station inside the center’s North Star Café, offering hot drinks and snacks to marchers. Kroger also will have corporate recruiters available.

“Dr. King’s example is needed now as desperately as it was in the 1950s and 60s,” said Keown. “We hope that through continued activism and education we can continue to chase Dr. King’s dream and, when successful, be a beacon of hope to those struggling for their own freedom all over the world.”

The Freedom Center will also be screening True Justice: Bryan Stevenson’s Fight for Equality, a film about Bryan Stevenson, Alabama public interest attorney, who for three decades has worked to eradicate racial discrimination in the criminal justice system.

Hoxworth Blood Center will also host its annual MLK Day blood drive at the Freedom Center. To schedule an appointment, call 513 451-0910 or visithoxworth.org/groups/mlk.

If you cannot attend but would like to donate to the National Underground Railroad Freedom Center,  visit freedomcenter.org/donate.