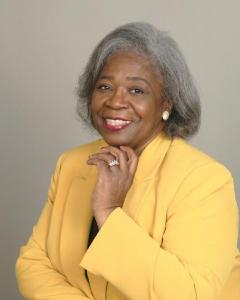 Marion Lee Johnson was at the forefront of history. As a young mathematician in 1969 she worked on the Apollo program, one of many hidden figures among the 400,000 individuals who made the Apollo 11 mission a success. Cincinnati Museum Center (CMC) is excited to bring Johnson to Cincinnati February 15 to share her experience making history.

Johnson will share her experiences as a woman mathematician working in the historic Apollo program during lectures at 10 a.m. and 2 p.m. Saturday, February 15. She’ll also share her advice for the next generation of STEM professionals. As women, and particularly women of color, continue to be underrepresented in STEM fields, Johnson is looking forward to speaking with students during her visit, hoping to make women in STEM the norm and not the exception.

Johnson graduated from Talladega College in 1967 and immediately began working for Boeing, a leader in the building of the Saturn V rocket used to launch each Apollo mission. She worked on the Apollo program at NASA’s Marshall Space Flight Center under the direction of brilliant, but complicated, rocket designer Wernher von Braun. As part of the team, Johnson was responsible for preparing data inputs for simulation of vehicle piece impact trajectories – calculating exactly where pieces of the three-stage Saturn V rocket would land as each burned out during launch. In March 1969 she was commended for an incredible perfect score of 20 successful missions and recognized by Boeing for her dedication, technical competence and high standards of achievements in contributing to the successful Apollo 11 mission. Hers is one of the names included in the Apollo/Saturn V Roll of Honor.

Following her two-year contract with Boeing and NASA, Johnson went on to spend 26 years at Pfizer, Inc. as a project leader and later at the Branford Hall Career Institute as a computer networking and security instructor.

Johnson’s lectures are included with admission to Destination Moon: The Apollo 11 Mission. The exhibition, which closes February 17, features artifacts from the historic mission, including Buzz Aldrin’s iconic gold-visored helmet and gloves and the Apollo 11 command module Columbia. You can purchase tickets and learn more information at cincymuseum.org/destination-moon.

One of the most visited museum in the country, CMC welcomes more than 1.8 million visits annually. For more information, visit www.cincymuseum.org.