Trump’s conviction was bipartisan, his acquittal was partisan.

By Congresswoman Maxine Waters (CA-43), Chair of the House Committee on Financial Services 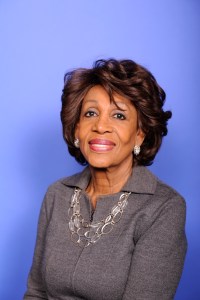 Today’s illegitimate acquittal is fitting for a dishonorable, unpatriotic, dangerous, illegitimate, and impeached president. Anyone who lends any credence to the idea that this unlawful outcome serves as a credible exoneration of Donald Trump is an enemy to the rule of law and the Constitution.

The founders of this country never imagined that our democracy would be confronted with a corrupt president who would be aided and abetted in the coverup of his crimes by a coequal branch of government. Despite the fact that the House Managers presented an ironclad set of facts that Donald Trump did in fact abuse his power and obstruct Congressional investigations of his crimes, the Senate has utterly failed to do its job. This was not a credible trial. No witnesses were called. No evidentiary documents were presented. The jurors abandoned impartiality and openly colluded with the guilty defendant. The presiding justice remained silent in the face of unprecedented attacks on judicial norms.

I applaud the courage of the 48 Senators – 45 Democrats, 2 Independents, and 1 Republican – who put their careers on the line to protect and defend our nation from the most dangerous president our country has ever known. Each and every Trump-party elected official who betrayed their oath of office and protected the deplorable interests of a conman over the interests of this country is a national disgrace who should be voted out of office without delay.

The American people can rest assured that this fight is not over, and all is not lost. The Democratic House majority will continue to provide a check on this president. Each House committee chair will continue to conduct proper oversight of this administration. We will continue to fight in the courts and demand that our lawful subpoenas be upheld.

Donald Trump has been impeached. His conviction was bipartisan. His acquittal was partisan. This is the legacy of Donald Trump, now and forever. His presidency is an utter failure and disgrace, and history will record it as such. In November, the American people can and will do what insufferable and pathetic Trump-party Republican Senators didn’t have the courage to do: remove him from office once and for all.”