There are a number of people with street degrees working in the community providing excellent mentoring to troubled Black youth to help turn around those young men’s lives. And there are also a number of professionals in education, medicine and business who have joined this effort.

Add to that list De’Ron Smith, a clean cut, attractive and well-spoken Madisonville native, who served a prison sentence for trafficking in cocaine from 1999 to 2006. Smith was released from prison with a new attitude, determined to start a new life of helping others. He attended college, formed his own youth development business and was doing quite well with mentoring contracts with local school districts and other institutions, and traveling the country to present motivational lectures.

A sampling of Smith’s career development since prison included six years of combined college and certified education, earning certifications in chemical dependency, offender workforce development, case management and specialized mentoring training. He founded and is CEO of I Dream Academy for youth mentoring and development, which was recognized by Barbara Bush’s Mentoring Initiative. He has written an autobiography titled “Innocence of a Child.’’ 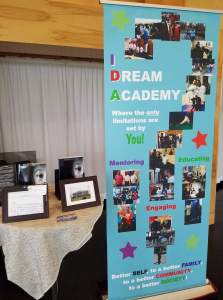 An I Dream Academy poster that appeared at one of the sessions with Cincinnati youth. Photo provided

As Smith explains it, he had previously met a woman at her place of business, where he had often stopped before the start of his workday. She inquired as to enrolling her son into Smith’s I Dream Academy. Conversation developed down the road about whether he knew of any domestic violence assistance.

She had told him her ex-boyfriend was obsessed with her and physically abused her. Smith told her he would look out for her as she ended her work shift at nights, until she got the issue resolved by a restraining order or some other way.

Seeing Smith and the woman talking one night as she left her business, the boyfriend, appearing from no where, suddenly ran to her, and before Smith could finish telling her ex to not do anything stupid, he was already beating her to the ground.

“I told him to stop, but he went for his waist, a second time. I made that instant decision, pulled my gun and shot twice, aiming at his legs, in fearing her life was in danger,’’ Smith said. “I take ownership of what I did that night, but I believe I saved a person’s life.

He was convicted of assaulting the woman, but because there was no “paper-trail” to support the history of abuse, he did not serve any jail time.

However, Smith was convicted of charges of weapons under disability and aggravated assault, and he was sentenced to one year in prison. Although eligible for probation, he recently served 172 days before Judge Thomas Beridon granted judicial release.

“My past got the best of me, and I put everything on the line to protect her,’’ he said. “I knew I should not have carried a gun, but I sometimes was working in some dangerous neighborhoods and carried one for self protection.’’

The engagements, mentoring contracts, everything were cancelled with the news about his arrest. “I lost everything,’’ he said.

Somehow, some way, Smith is seeking avenues through which he can go back to doing want he once was doing. “I want to have another chance to redefine my life, to be able to go back and let kids know at any given time your life can change, as mine did,’’ he said.

David Singleton, Esq., who founded the Ohio Policy & Justice Center in Cincinnati, is working with Smith to help him restore his life.

“For years De’Ron made a meaningful difference in the lives of our city’s youth after overcoming his own past problems with the law,’’ Singleton said.  “I am hopeful that De’Ron will rebound from his latest setback so that he can once again be a very valuable asset to the community. 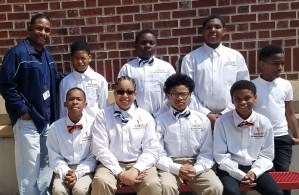 Cincinnati Public Schools students in I Dream, Academy are shown with De’Ron Smith, at left in blue. Photo provided

Singleton continued, “The community needs to have him fully returned, so he can make a difference in the lives of our people. He is a good example of redemption, and his trials and tribulations are teaching moments for young people. In fact, had he not had a prior felony he would be considered a hero.’’

Community activist Brian Garry, added, “De’Ron Smith has an amazing ability to connect, mentor and change the life course of our youth. He has helped thousands of youth that otherwise would have been caught up in the legal system for the rest of their lives. I can’t say enough good things about him. I’m very proud of him and the work that he does.’’

De’Ron, states: “I understood the consequences that came with possessing a weapon while as a felon, and he takes full responsibility. Nonetheless, responding in instinct, I gave no thought of the potential set back my life could entail and did what was right as a human being in saving a woman’s life who was being attacked. For that act of humanity, I’ve suffered a severe set back in my life and professional career.’’

In a world of second chances and even third chances, Smith said he asks the community to consider the good he has done as he attempts to rebuild his youth mission. 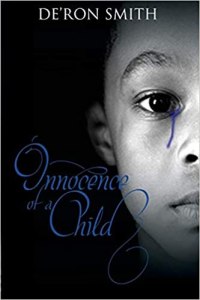 About “Innocence of a Child:”

“A true story of how the effects of a negative home environment coupled with lack of parental guidance caused one young man to make choices that would lead him down a 10-year path of crack addiction, homelessness and a total of eight years in prison. Explore his determination to overcome and understand that everything he had to endure would all work together as part of his divine destiny.’’

“An excellent restoration story! Elder De’Ron Smith shares openly and honestly his story of loss and restoration. He is candid about his addictions and the issues that triggered them. This book is an inspiration for all people, no matter the struggles we face. His testimony proves that faith in God works. I plan on purchasing additional copies of this book to share with friends and family. This book will make you cry, smile and grow your compassion. I look forward to more from this author.”