‘Do not believe it can’t hit you’

These COVID-19 survivors struggle in recovery

Stephanie Dunlap and Monica Badgett were feeling great before Dunlap took a recent trip to Detroit and Badgett came back from a church service. They found the new and deadly coronavirus (COVID-19) in both places, and say they are still dealing with this global disease while in recovery from serious bouts with “rona.”

“Do not believe it can’t hit you. It’s no game,’’ Badgett recently said on a United Way of Greater Cincinnati podcast, as society begins to open up with the virus still on a rampage.

Eddie Koen, President and Chief Executive Officer at Urban League of Greater Southwestern Ohio, added to the conversation, saying, COVID-19 has “landed’’ in the city’s African American community where Badgett and Dunlap live, with 75% of those who have died from the virus in Cincinnati being Black. “We are at higher risk, with the existing health disparities in our community’’ said Koen, who is Black.

Badgett said she was going to work, when her son told her she did not look well. At work, she ate two bites of her lunch, when it really hit her.

“My lunch went right through my system, then I had a fever for five days, but no cough. I went to ER on March 14, where I was told my vital signs were good and sent home. I could not eat food, yet experienced diarrhea for 10 days. I could only drink water, but hardly had the strength to pull the glass up to my mouth. My lips were dry. By 25 of March, I could not walk and breathing was belabored,” said Badgett.

Since she was unable to drive, a sorority sister took her to the ER. There, an X-ray detected a huge mass at the bottom of her lungs. Blood tests indicated her liver and kidney functions had also been affected. She was told she would have a better chance of recovery if she went home and rested, so her sorority sister drove her home.

Dunlap was not placed on a ventilator and also sent home to deal with the virus.

“My husband was terrified. Everyone in the house was quarantined, and the house disinfected,’’ she said. “I was on oxygen and could not talk to my husband on the phone. However, the support from family and friends was amazing. They dropped off food and cleaning supplies on the porch.’’ 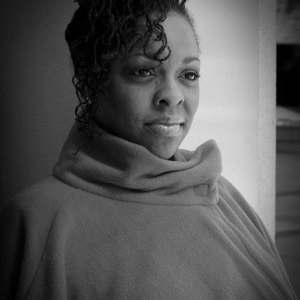 Badgett said at first she had to talk to her work supervisor between gasps to let the supervisor know she was in recovery.

“I had not eaten for three weeks. I could not stand in the tub to bathe. It took me an hour or so get dressed,” she said.

Her children would not let her come out of her room for 14 days. They had no symptoms, and she was concerned about who she might infect or had infected.

Dunlap added that the statistics do not show people who are quarantined at home, which would drive the numbers up. She also pointed out that Blacks are the least likely to and last to be tested. Many, like her, are sent home to a full house with the symptoms full blown, she said.

Badgett said the most difficult part of recovery was everything about her body seemed affected by the disease.  She had no taste, and her strength was extremely lower. “I had to fight to wake up when in bed. When I was up, I could do very little, and then had to lie down for an hour or two. I would become shaky have memory losses and could not get back into the old routine. Today is good day, but four hours from now maybe different.”

Dunlap said her symptoms are now gone, but she also has to take it easy, as her strength and her senses have not returned to normal.

“My recovery is emotional, ‘’ she said. “I now find myself at home crying about something every day. Every day, someone related to someone I know has passed away due to COVID-19.’’

Badgett also has some emotional let downs in hearing about the deaths from coronavirus of people she knew. A sorority sister died in Florida, as well as others she knew, and she continues to ask herself why they did not make it. “God, I don’t know why me,’’ she commented

As for reopening the economy at this time, both women are skeptical. “I don’t care what the media tells you to do. Stay your behind in your house. It keeps the virus from spreading. It makes me angry that some people are putting themselves in danger, purposely.’’ Badgett said.

“I do not want the economy to reopen right now,’’ said Dunlap. “If you don’t have to go out, why are you going out? You can end up like me.’’

People who think they are okay just going over to their cousins and are staying away from the big events have it wrong, she said.