Watching a game without fans in the stands is like watching practice. Well, I guess you can say one thing if you’re a player. You don’t have to worry about being booed if you’re performing poorly. On the other hand, forget about high pitched screams and a drowning out sound when you hit a home run. Yea, the ‘fake noise’ is being played over the loud speaker at the stadium. Not the same though. Kinda like store bought chicken wings as opposed to b-dubs. This past week the “new norm” kicked off for the Reds. Going back a few months, hope rang strongly for the 2020 Reds. The team went out and spent 170 million to top free agents such as Shogo Akiyama, Nick Catellanos, and Mike Moustakas. Ticket sales were expected to be better than in recent years. The Reds were expected to contend for a playoff birth, if not a title.

All of a sudden, it hit. A deadly illness called the coronavirus (aka COVID-19) attacked every facet of human life, including baseball and other sports. After teetering April thru June as if there was going to be baseball in 2020, the decision finally came down to play. After the first weekend of play, the results for Cincinnati have seen the home team underachieving. Despite major additions, the team lost 2 of its first 3 to one of the worst if not the worst team in baseball last season in the Detroit Tigers. Getting off to a poor start will be a near death sentence to the Reds playoff hopes in 2020. A normal season would produce 162 games and many opportunities. Only 60 chances to win games in the shortened season presents itself as a major challenge to all teams. At present, the deadly COVID has worked its way to the Reds locker room. Reds player Matt Davidson has tested positive for the virus. Stars Mike Moustakas and Nick Senzel are reportedly not feeling well and already have missed time. It has led to speculation they too might be positive for COVID. On the field, Cincinnati was going into the 2020 season as on e of the top pitching staffs in MLB. They have not disappointed. The Reds big three of Sonny Gray, Luis Castillo, and Trevor Bauer all had 10 plus strikeouts of Detroit batters in their 2020 Cincinnati debut. The three set a record for strikeouts, breaking a 37-year-old record. It’s the Reds’ bullpen and hitters who have been unable to come through at critical times. Bauer says he is here to play baseball and alludes to the fact he can’t control COVID, “if I get sick, then I get sick,” said the Reds’ starter.

The team will have to get over their underachieving start promptly as they have an upcoming four-game series with the Chicago Cubs and a revenge opportunity with the Detroit Tigers in Detroit. For the past seven seasons, the Reds have been in or near the bottom of the division looking up. If they don’t make a few adjustments, 2020 will be nothing different. 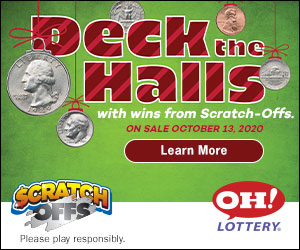