Reds Shogo Akiyama gets a hit in the White Sox game. Photo by Michael Mitchell

If the Reds season hasn’t been a microcosm of what 2020 has brought the world, I don’t know what is. Underachieving, underperforming, and blowing opportunistic situations have been the theme for the Cincinnati Reds most of the 2020 season. Despite all that and a subpar .500 record for most of the shortened season, David Bells boys have shown enough heart to play themselves right back into the playoff race when it counts most. The MLB regular season will be ending on September 27. The Reds are presently tied for the eighth and final playoff spot.

A four game sweep of the Pittsburg Pirates, along with a two out of three series win against the Chicago White Sox, pushed the Reds right back into the thick of things. Disciplined hitting, along with great pitching from ace Trevor Bauer and supporting caste members like Lorenzen and Raisel Iglesias, have given the Reds new life and hope for a chance at the teams first playoff appearance since 2013. The home team currently sports a 27-27 record and is in third place in the division, 4.5 games out of first place.

Should the Reds make the playoffs, they will be dealing with a format never before seen in MLB Playoffs. Not only in MLB, but also in the NBA, have formed what is known as “the bubble.” Should Cincinnati make the playoffs, initial rounds are played at the site of division winners, while advanced rounds will be played at select neutral sites. The idea of the format is to cut down on travel and exposure to COVID. It’s a scenario Cincinnati would love to have to deal with no matter what the case is.

Speculation has run strong that manager David Bell, who is in his second season as the Reds manager, could be fired if Cincinnati fails to make the playoffs after Reds ownership spent nearly 200 million dollars in free agency. “I would be very disappointed if we didn’t make the playoffs,” said Reds president of baseball operations Dick Williams.

Left on the regular season schedule are three games with the Milwaukee Brewers and three with the Minnesota Twins. If nothing else, for the first time in seven years the Reds go into the last week of the regular season with meaningful games. Many say the season will have an asterisk at the end of it, with over 100 games game out. At the end of the day, who cares? As post season starved as the city of Cincinnati is for someone, anyone to play post-season competition, this town will take possible playoffs anyway we can get it. 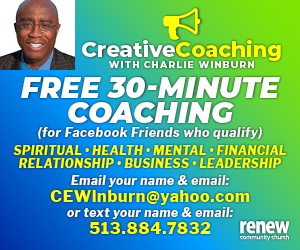