The Flowerpot Project takes stance against violence, racism and fascism 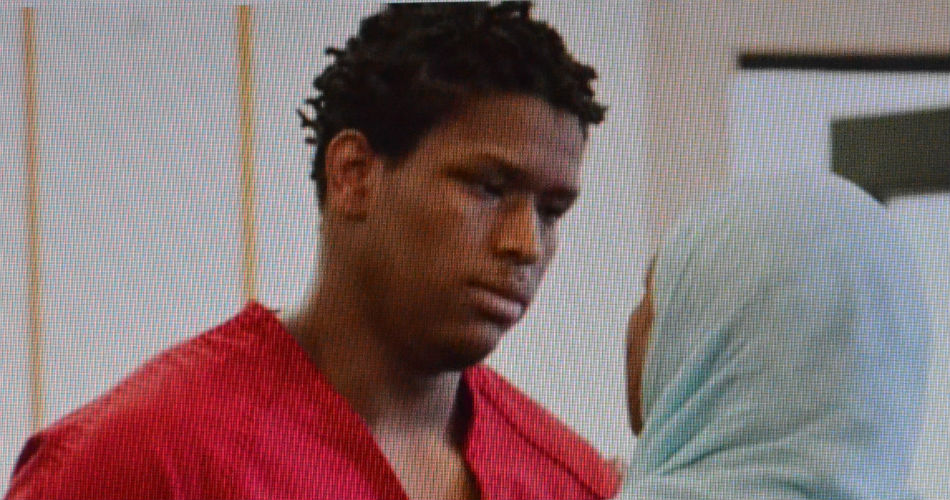 Rukiye Abdul-Mutakallim puts her arms around Javon Coulter, the murderer of her son, as he enters the courtroom following the 2015 shooting. Photo provided

‘A way for me to immortalize my son.’ — Rukiye Abdul-Mutakallim

The Musketeer Association (TMA) staged a silent sit-in protest against violence, racism and fascism August 24 on the sidewalk on Third Street in front of the National Underground Railroad Freedom Center without saying a word.

No marching. No signs.

The protest is part of The Flowerpot Project, with a purpose of placing large flowerpots with seasonal flowering plants in every place where citizens have been slain on Cincinnati streets. “The flowerpots are to replace the impromptu shrines on our street caused by the epidemic of guns and violence and infectious acts of violence,” said Rukiye Abdul-Mutakallim, The Musketeer Association CEO.

Abdul-Mutakallim said her son, Sulliman Ahmud Abdul-Mutakallim, 39, was shot by three men near the Seymour Avenue underpass in South Cumminsville on June 28, 2015, while walking home as he was carrying money and a bag of White Castle for him and his wife. The U.S. Navy veteran, who had served in Iraq, was shot in the head and left dying in the gutter of the street by the shooters, she said.

She received the call from police at 1:30 p.m. Sunday and was able to get to University Hospital Medical Center in time to say goodbye.

“His face was swollen, and he was unable to talk.  but we were able to talk to him. We were there when his soul left his body,’’ she said.

Abdul-Mutakallim confronted one of the shooters, Javon Coulter, 14, of Millvale, during his trial as he entered the courtroom. She surprisingly hugged him and looked him in the face. She also held his mother and shook hands with members of his family. His mother is now a musketeer.

In a video of the proceedings, she spoke to him. “I don’t hate you. I can’t hate you. It’s not my way. Showing rahmah, mercy, is our way. You were a baby, and you are still a child.

“My son’s death was already ordained. Maybe the purpose is to save your life, because you are not going to be killed by this society.

“You have to understand that any life you take is not just one life. It is all that is connected to that life.”

Speaking to the court, she said, “What we want for them is not revenge, for revenge does nothing. It will not bring back my son.”

Abdul-Mutakallim testified in support of Senate Bill 256, which bars a sentence of life without parole, and special parole dates, for offenders who committed the offense when under age 18.

“What is needed are your presence and your heart in this project. Everyone is welcome, especially those who want this pandemic of violence, racism and fascism to stop,’’ said Abdul-Mutakallim. “Hurt people are hurting hurt people, and ending the pandemic of trauma will end the pandemic of crime.”

The Musketeer Association, which is comprises of more than 200 members, were present for the protest

Abdul-Mutakallim instructed that all Musketeers and those who gather in support of the “protest pot” stance not speak, but sit in silence. “Our presence of unity will speak volumes alone with TMA’s displays,” she said.

The Flowerpot Project was created by the Musketeer Association, because the health and welfare of our communities are under attack from trauma, an “infectious disease.” say organizers “Trauma begets crime. The recycle of trauma begets the recycle of crime, which is reflected by the ‘pandemic’ of deaths on our streets citywide. To stop this disease, we need to introduce ‘antibiotic and probiotic’ projects into our communities. TMA proposes that the first step is ‘doing acts of good’ by replacing the impromptu memorials of teddy bears tied to telephone poles, and liquor bottles or candles left on the sidewalk with permanent flowerpots with live pollinating plants and flowers. The flowerpots will bring beauty into those spaces marred by tragedy; thus, encouraging positive mindfulness, and beautifying our neighborhoods where the flowerpots are placed. They represent a beacon of hope and goodwill,” Abdul-Mutakallim said.

“It shines a light on how to save the lives of our babies: Teaching them how to reach for the universe, so they can catch a star, instead of reaching down for things to hurt themselves and/or others,’’ she added.

The organization seeks 5,000 signatures on a Petition that says, “Stop the Violence, Stop the Racism, Stop the Fascism! We stand as One…” Abdul-Mutakallim vowed to remain in the protest area until 5,000 people signed the petition.

There were no speeches, and participants were asked to refer questions to the TMA’s displays, or walk the person over to the display without speaking.

When given permission by the CEO to speak the person must remember, to speak clearly, truthfully with no anger, no bad language, with dignity, and respect

The Musketeer Association’s name comes from a “The Three Musketeers,” a historical adventure novel written in 1844 by French author Alexandre Dumas. It is in the swashbuckler genre, which has heroic, chivalrous swordsmen who fight for justice. The trio is most known here as Xavier University’s symbolic figure.

The association’s mission is to promote healing, care, love and encourage the softening of the hearts, and to connect as humane people,” said Abdul-Mutakallim. “Our objective is to unify, honor and ignite a beacon of hope and goodwill across our neighborhoods, our communities, our cities, our nation and our world. TMA is to comfort and stand forth as a constant reminder that we must bring light, beauty and truth to the world we live in; thus, always working to end the recycle of trauma, the recycle of crime, and end violence of all types; which in turn establishes safety and justice for all and assuring that mankind’s future, the youth are full of hope, goodwill, and benevolent,’’

The Musketeer Association is a non-profit organization.

About 200 people have signed the petition, Abdul-Mutakallim said. She plans to stay on the Freedom Center walk until the 5,000-signature goal is reached. Then, she says, local officials will hopefully realize that what has been proposed to end the violence is not working and something different will have to be done.

“One has to be able to heal to start, and then you can keep on moving. And this is a way for me to immortalize my son,” she said.

To join the Flowerpot Project or The Musketeer Association, and to sign the petition online, email: OneForAllandAllFor01@gmail.com. The project is supported by the African American Chamber of Commerce, Freedom Center, Cincinnati Zoo and Botanical Garden, Cincinnati Museum enter Lighthouse Youth Services, Moms Demand Action, United Way and a number of other groups.

Pelosi sends articles of impeachment to the senate

Search for an Acne-Friendly Facial Sunscreen

Pelosi sends articles of impeachment to the senate

Search for an Acne-Friendly Facial Sunscreen

5 Tips to keeping your makeup organized