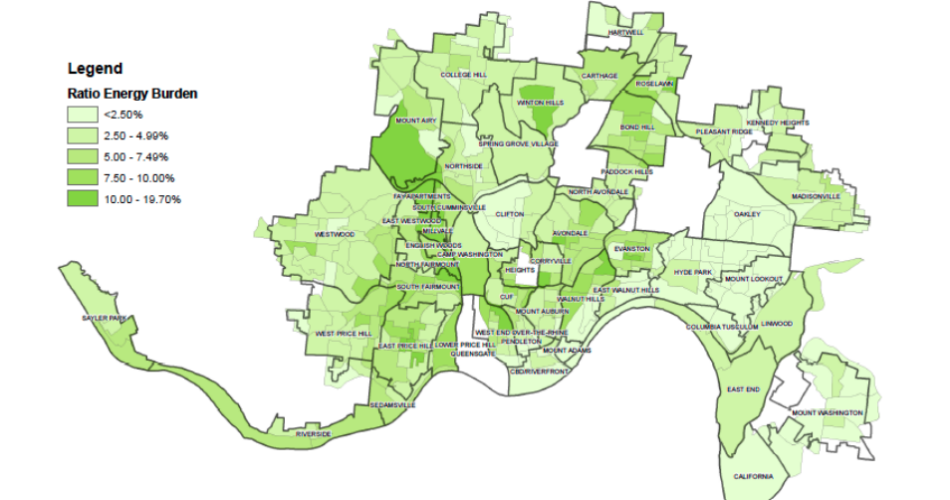 It has been a tough year and like so many other Americans, I am surviving a global pandemic.   However, as a Black American woman, I am also living with an upheaval of racial injustices, grief, the threat of the climate crisis destroying my community, and a crucial, exhausting election season that will determine the fate of this country and our lives.

It has been widely reported that Black Americans have the highest disproportionate death rates from COVID-19. As winter nears, many low-income families may also deal with the financial woe of high energy bills. This extra stress is felt by many low-income and poor communities of color, but specifically Black households who spend 43% of their income on energy costs, according to a report on energy burden across 25 major metropolitan cities. Energy burden is the percentage of household income that goes toward your energy bills.

Having an energy burden is an injustice. It exacerbates health risks, poverty, and contributes to housing instability. It also acts as a trade off between households who are already having trouble accessing food. No one should have to decide between paying for utilities or paying for groceries. With more people staying at home due to the pandemic and juggling loss of income, energy efficiency should not be an additional concern.

Energy Efficiency Day is October 7th and for the next 10 months, I will be working to reduce the energy burden in Cincinnati and improve energy efficiency in our most vulnerable communities. I am a Public Ally working with the Office of Environment and Sustainability. Public Allies is a national movement committed to advancing social justice and equity by engaging and activating young leaders like me.

Last Spring, Cincinnati launched WarmUp Cincy, a new program for Cincinnati residents living at or below 200% of the Federal Poverty Level and living in multifamily buildings. Eligible families receive up to $500 on their Duke Energy bill after completing an energy efficiency education program, having an energy assessment and energy efficiency upgrades made to their apartment. And it is all at no cost to the family. WarmUp Cincy is a partnership between the City of Cincinnati, Duke Energy Ohio, People Working Cooperatively, and Community Action Agency.

Families who complete the program can save on average up to $118 per year on their energy costs. To date, we have seen some upgraded units with an estimated savings of more than $350.

Energy Efficiency Day brings awareness to these issues and I am looking forward to putting action to that awareness. Energy burden is part of and interwoven with addressing climate and racial justice. In order to work towards justice and equity, our actions must go beyond Energy Efficiency Day but through our policies and programs that center low-income communities of color.

No one should have to endure any more injustices this year. Especially through an energy burden. I find hope in local community action to overcome these barriers and establish a healthier, equitable community which centers the survival of our planet and the most vulnerable.

Kelsey Hawkins-Johnson is a native Cincinnatian and a 2020-21 Public Ally working at OES. She has a background in environmental anthropology, sustainable development, climate policy and social justice. She will be assisting OES’ energy efficiency program to help low-income residents and working to develop a solar project.