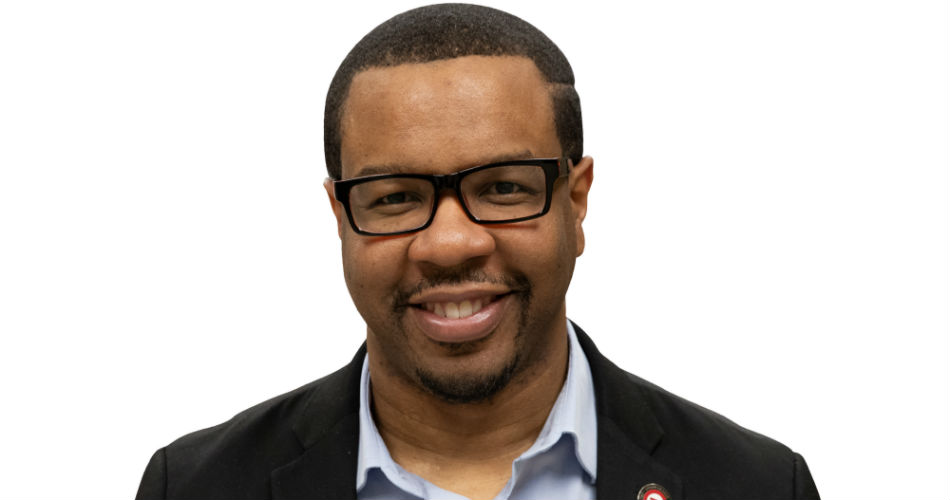 Today, we joined in calls across the country with our national president, affiliates, and others in asking for Congress to invoke the 25th Amendment for our president and a vote of censure.

On Wednesday, the world watched as domestic terrorists rampaged the halls of our Capitol, causing our entire congressional delegation to flee in fear of their lives, without a single care or concern that they would be punished or met with lethal force. The protests were unsurprising, but these same terrorists sat unphased and comfortably in the halls of our government. After posting “selfies,” ravaging the halls, and chasing police officers, many went home and others laid peacefully in their hotel rooms, proud of their insurrections and bragging about what they have done.

We all know the outcome would look different if they were Black.

We all know the outcome would look different if they were Muslim.

So, we would be remiss if we did not juxtapose Wednesday to the militarization and response of peaceful protests during the Black lives matter demonstrations in Washington DC.

“Anarchists, Agitators, Protestors, who vandalize or damage our Federal Courthouse in Portland or any Federal Buildings and any of our cities and states, will be prosecuted. . .” — Donald Trump, 2020

Meanwhile, he dared to call White domestic terrorists, who attacked the police, desecrated venerated objects, and forced an entire branch of government into hiding, “good people.”

Honesty demands that we acknowledge what we are witnessing is more significant than Donald Trump. He is an accelerant and an enabler of what already exists within.

Disinformation and propaganda are not new. As early as 1915, The Birth of a Nation, the first Hollywood blockbuster hit, told a fictional story of American life at the time, using film as a medium for anti-Black populist propaganda and largely revitalized the Ku Klux Klan. Today, disinformation is more pernicious. It learns our biases, it is sophisticated, and it adapts to tell us our “own” truths through machine learning.

Yesterday was a mere ticking time bomb of years of this same disinformation; the racism cloaked in coded language and aided by months of discrediting the media.

We witnessed how our subjectivity can be a powerful force for self-radicalization.

Let’s not “otherize” this problem to the Donald alone. He has a host of accomplices, preying on the willfully ignorant for their political gain. We have been warned for years about the dangerousness of these words. Speech should be free, but it is not free from consequence or culpability.

We saw the politics of race and fear on display during President Obama’s administration when the Tea Party protestors yelled homophobic slurs at Congressman Barney Frank and called the late Congressman John Lewis the “n-word.” We watched in 2014 and 2016 when armed militias took over in Oregon and Nevada. Oregon’s Sheriff David Ward forewarned us of this when he stated,

“These men came to Harney County claiming to be part of militia groups supporting local ranchers . . .when in reality, these men had alternative motives, to attempt to overthrow the county and federal government in hopes to spark a movement across the United States.” — Oregon Sheriff, David Ward

In 2020, we watched as militia groups protested with guns at state capitols, and the FBI uncovered plots of kidnapping our governors. We sat and only verbally admonished our commander-in-chief when he called the terrorists in Charlottesville “the other side” and recently failed to condemn White supremacy on national television.

We support ideas until they no longer bend to the will of our prejudices.

Ask the hard-working Republicans who executed a fair election in Georgia or the 14 brave officers injured by these terrorists about the veracity of “states’ rights” and “Blue Lives Matter” propaganda. These ideas are narrow ruses that we prop up as dog whistles to serve our political interest — until they don’t.

The NRA supported gun control in the 1960s when the Black Panther Party for Peace armed themselves, but recently lobbied our government to enact “Stand Your Ground” in Ohio. It is the same way the president so quickly called protestors during the Black Lives Matter movement “thugs” and “criminals” but calls these terrorists “good people.”

Tennessee passed a law to disenfranchise voting rights for protestors, yet, we can bet the house on its selective enforcement. We have to get honest about how we selectively use terms like “democracy,” “fair and equitable,” and “terrorists” when it fits our stories. The irony does not escape us that the same country, with a clear history of voter suppression, where this administration weakened the protections of Civil Rights preclearance for voting laws, now has a faction claiming “unfairness” and “fraudulent” elections.

It is wholly insufficient and insulting for members of Congress who initially objected to certifying the election votes, who changed their mind, be absolved of guilt. Your tacit endorsement led to this unfortunate moment in history, and blood is on your hands. Your protests helped to inflame and radicalize these terrorists when over 60 court cases deemed the elections valid in Democratic and Republican controlled states.

The calls for Trump’s immediate impeachment and censure are comfortable; the more challenging task is looking at our city, county and state governments and identifying where his spirit is hardened and exploited for political capital.